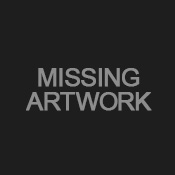 Miss Pooja returns to the Bhangra scene and she’s brought someone with her! After having produced tracks with powerful music producer, Rishi Rich; Miss Pooja certainly has a promising singing career ahead and now for her next soundtrack, she’s teamed up with Scandinavian producer, Bobby B who previously gave us tracks like, Soniye, Clubshaker and Like a snake.

The song is called ‘Jaan Teri’ and as they come together for the first time, they’ve just dropped the track for an exclusive full track listen for the fans out there.