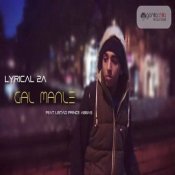 The protege of Gorilla Chilla, Lyrical 2A releases his debut single entitled “Gal Manle” featuring the talented authentic voice of Ustad Prince Abbas! Keep on the lookout for Lyrical 2A, he has many more singles with Gorilla Chilla on the way, and his mixtape is also due to be released soon!